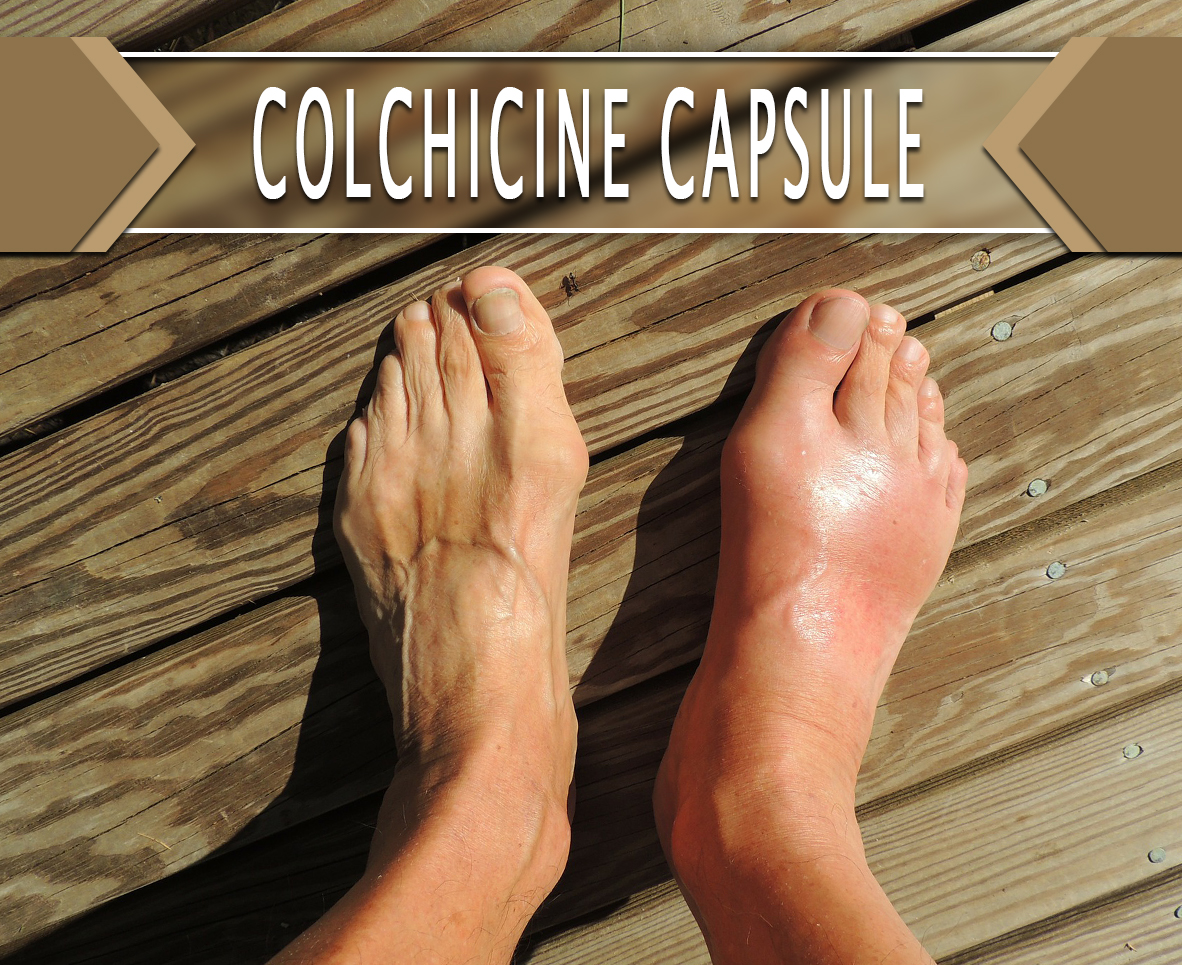 Colchicine Capsule is indicated to prevent and treat gout attacks or flares. Usually, the symptom of gout develops suddenly and involves only one or a few joints. The knee, big toe, or ankle joints are most frequently affected. Gout is caused by too much uric acid in the blood. The uric acid may form hard crystals in your joints when uric acid levels in the blood are too high.

This medication may also be used to prevent attacks of pain in the abdomen, joints, or chest. Those are caused by a certain inherited disease or familial Mediterranean fever.

How does Colchicine Capsule work?

Colchicine Capsule actually interferes the cycle of monosodium urate crystal deposition in joint tissues and the resultant inflammatory response that initiates. It also sustains an acute attack. It decreases leukocyte chemotaxis and phagocytosis. It inhibits the development and release of a chemotactic glycoprotein that is made during phagocytosis of urate crystals. Colchicine also prevents urate crystal deposition, which is enhanced by a low pH in the tissues. It is perhaps by preventing subsequent lactic acid and oxidation of glucose production in leukocytes. Colchicine has no painkilling or antihyperuricemic activity. It inhibits microtubule assembly in various cells, including leukocytes. It is possibly by binding to and interfering with polymerization of the microtubule subunit tubulin. Even though some studies have found that this action probably does not contribute considerably to colchicine’s anti-gout action. A latest vitro study has made known that it may be at least partially involved.

Why use Colchicine Capsule?

Colchicine Capsule is in a class of medications called anti-gout agents. This medication has been approved by the Food and Drug Administration (FDA). Colchicine capsules are supplied for oral administration. Each capsule has 0.6mg of colchicine.

How to use Colchicine Capsule?

The recommended dosage of Colchicine Capsule is based on your condition and response. The usual dose is 0.2milligrams at the first sign of an attack, followed by 0.6milligrams on an hour later. The maximum dose is 1.8milligrams taken over a 1-hour period. You may take it with or without food. Follow the prescription of your doctor carefully.

What are the side-effects of Colchicine Capsule?